The Raoul Middleman Studio Museum is dedicated to preserving and promoting the artistic legacy of Raoul Middleman. Originally rising to prominence during the Pop Art movement of the 1960’s, Raoul Middleman subsequently developed a style of Painterly Expressionism focused on landscape and figurative representation. Admired for its sophisticated brushwork, complex compositions, and improvisational technique, his work is included in numerous public and private collections including Metropolitan Museum of Art (NYC), Corcoran Gallery of Art (DC) and Baltimore Museum of Art, among many others. He was a past president of the prestigious National Academy of Design (NYC) and influenced multiple generations of artists as a teacher at Maryland Institute College of Art for over 50 years 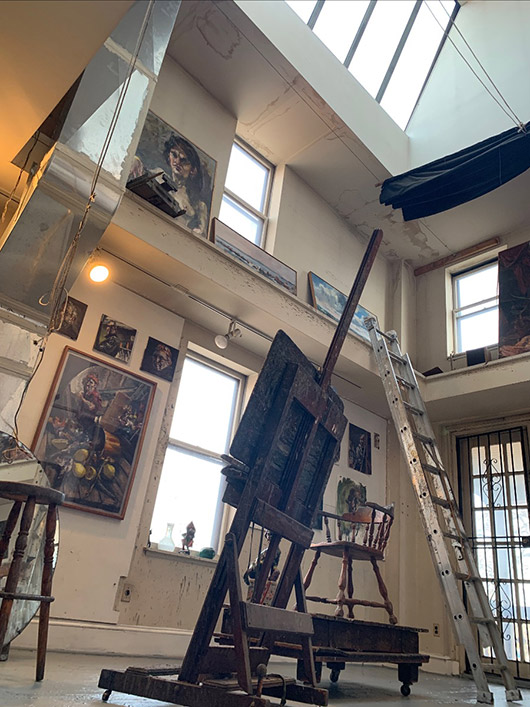 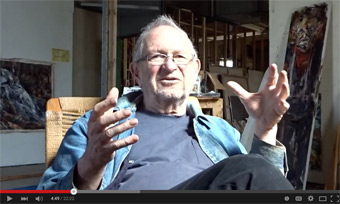 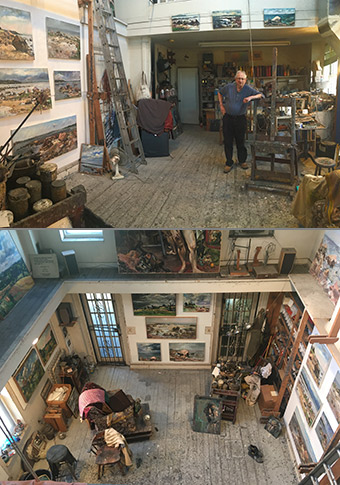 Raoul Middleman:
"Life in the Studio"

After a decade establishing himself as an artist in New York City and Paris, Raoul Middleman returned to Baltimore in 1971 to devote himself to painting his native city. He soon bought a townhouse in Mt Vernon to raise his growing family, and created a stunning studio right in the center of the home. Here his artistic life and personal life were interwoven and inseparable. Models were friends, who, after posing, would stay for tea or dinner with the family; or they were the family themselves. His wife Ruth might take a break from her art to sit for him, and perhaps one of his children, bored or hoping to make a little pocket change, would pose or do studio chores. When no models were available, Raoul would paint fish from the Lexington Market, one of his loyal inanimate studio companions like the Foo Dog, or, of course, his own image. Life in the Studio features large scale narratives from this period. Often burlesque takes on traditional themes, these works showcase the artist’s virtuoso painting technique while providing a window into his life. Family, friends and frequently the studio itself, all serve as subjects in the lively world that Middleman conjures in these paintings. The studio at 943 N. Calvert St. was always full of life.

For appointments or more information,
contact Ben Middleman at:
443-990-1290 or ben@benmiddleman.com

Raoul: on Lockdown with
Velazquez and Art as Play.

The Pandemic has shut down museums and for the time being we’ve lost that kind of first hand visceral experience we get looking at art. I already miss the oomph and goop of oil paint escaping from the pores of the canvas: brushed, knifed, scraped, mixed, layered or smoothed out into tropes of sensual compliance...
Continue reading...